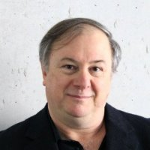 I have mostly been working on issues related to data localisation, global data flows, and trade, about which I’m now writing for the World Economic Forum (WEF). In lieu of a more directly relevant answer, I can point you to the internet governance book I did for APC in December 2016. I think there’s some pretty good material in there. 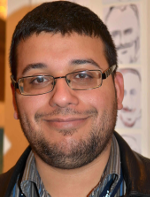 Updates on Human Rights Council (HRC) work are always welcome and helpful, as it is not easy to follow the activities of the council. Also, sending or working with other organisations to submit letters or statements to the HRC. I am also discovering community networks and the work being done around them.

I think Weapons of Math Destruction, as it is an easy book on algorithmic accountability and social issues related to the usage of artificial intelligence (AI) for decision making and how it impacts people’s lives.

A blog post published in David Souter’s column on APC.org in April: Inside the Information Society: The impact of the Internet on democratic politics.

The content of APC’s community networks newsletter is what interested me most. In practice, being involved in community networks in many ways (as an activist and as a researcher), I like to have one source of information that overviews how these networks are evolving with time, around the world.

Generally speaking, I am an ICT researcher, so I read tons of papers and I can’t name one. Due to APC, it could be the newsletter itself, and/or some of the related readings (for instance, about spectrum). 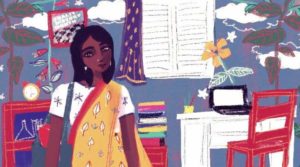 In August 2017, Point of View launched the publication Skin Stories, which is a weekly essay series of narratives on sexuality, disability and gender. The origins of the publication lie in a nameless blog on Point of View’s website sexualityanddisability.org, which only had one writer for a long time, and then two. But over time, the site was able to reach more and more people who lived with either disability or chronic illness, and who wanted to write for it.

The community of writers grew slowly and steadily, and it became clear that there was a need to create a platform that would do justice to their powerful voices, and help them reach the wide audiences they deserve. And so Skin Stories was given its name, its launch, and its current home: pages on Medium and WordPress that are updated every Tuesday. Together, the essays, articles, reports and illustrations not only reaffirm the premise of Point of View’s Sexuality and Disability programme – that people with disabilities are sexual beings, just like anyone else – but also give readers the gift of fresh, urgent, intersectional perspectives by voices they may not otherwise have access to.

Image: Upasana Agarwal for the story “I’m a Dalit woman, and my mental health matters.” 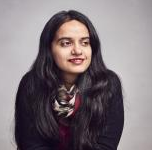 I found the GenderIT.org article Editatonas: “I edit, therefore I am” really insightful. I liked this article because it delves into why women are intimidated by technology and how imposed gendered roles do not let women have that kind of time to delve into voluntary projects like Wikipedia. 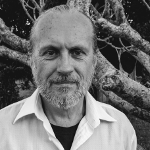 That APC continues to support and encourage diversity within its membership and with this it encourages one knowing that together we have greater sway than if we were out there by ourselves.

The David Souter series (“Inside the Information Society”, a weekly column on APC.org) is by far the most fascinating reading I’ve had via APC. 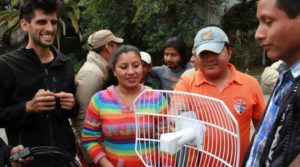 Between October 2016 and May 2017, the first edition of the Diploma Course for Community Promoters in Telecommunications and Broadcasting was held in Mexico. Two member organisations of APC collaborated in this process: Rhizomatica, who taught the community cellular networks module, and AlterMundi, who led the module on wireless internet networks. The coordination for the diploma course was conducted by Redes por la Diversidad, Equidad y Sustentabilidad A.C. and Palabra Radio.

Overall, the project involved 17 Mexican organisations that have been collaborating since 2012 in a participatory research process to understand the concepts that should be reinforced for indigenous communicators. Based on the results of this research, the need to coordinate efforts in the technical training of organisations working with community and indigenous media was detected.

The course consisted of eight modules that included topics around community communication and technology, electricity, electronics, free/libre software, broadcasting, community cellular networks, wireless internet networks, legal frameworks and sustainability. The course was attended by community communication organisations from six Mexican states, and a total of 36 participants. The knowledge that was socialised during the diploma course was accompanied by the provision of tools and equipment to the participants through four new regional technological laboratories.

Thanks to support through an APC subgrant, Rhizomatica was able to support a number of emerging initiatives in Brazil and Colombia regarding community cellular networks. These are basically community-based networks that use 2G cellular technology as a way to facilitate communication between people.

The project took Rhizomatica to both countries in the final part of 2017. In Brazil they worked with Rede Mocambos and local authorities and community members in the Kalungas quilombola community to put up a small, local GSM network. They then travelled up north to Pará state to work with the Lasse project at the Federal University of Pará in Belem. Together they installed two new networks. Since GSM frequencies are heavily regulated, the networks did not go live until early 2018, when the Brazilian regulatory authority approved the experimental licences.

After Brazil they travelled to Colombia to work with another APC member, Colnodo, and the University of Cauca, on the implementation of a community cellular network in the Cauca region, with indigenous, Afro-descendant and campesino populations. The network has been installed, but once again the licensing issue remains unresolved, although it seems that things will be worked out by mid-2018. 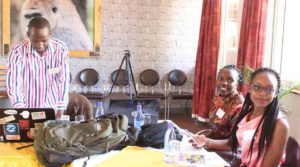 On 26 October 2017, WOUGNET held a national, local-level conversation on the Feminist Principles of the Internet (FPIs) under a project funded by the UN Women Fund for Gender Equality, combined with a capacity-building activity funded under our Women’s Rights Online project, seeing as both sought to target policy makers by highlighting the need for an inclusive internet. The activity was intended as an opportunity to discuss information and communications technology (ICT) policy recommendations and policy gaps, and draw on case study narratives as orientations for discussion. It included components of the status of internet governance in Uganda while highlighting the implications of policy gaps on women’s online rights and digital empowerment.

The Feminist Principles of the Internet are an ongoing discussion and debate on proposed principles designed to guide legal frameworks of the ICT sector while pushing to incorporate a strong component of gender equality and a human rights approach. The recommendations in the 2015 report on Women’s Rights Online and the five-point action plan also share the same goal, with strong emphasis on internet access for all and the need for ICT policies and laws that are inclusive. This activity attracted participants from various institutions, including researchers, students and staff from Makerere University, the National Union of Women with Disabilities, I-freedom Network and NITA-U, among others.