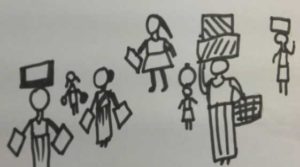 “This needs to be held and respected. Digital storytelling is not simply about creating stories but also about sharing, learning and listening.” (Ethics section in stories.apc.org)

Through the project Building EROTICS Networks in India, Nepal and Sri Lanka on sexuality and the internet, APC WRP conducted two digital storytelling workshops as part of its feminist approach to free and open source technology use and the promotion of creative commons licensing.

Since the storytellers are the ones who decide if their stories will be released into the public domain, all the stories for which we have permission can be viewed here.

To watch out for: Given the power and popularity of storytelling in the feminist movement, the APC Women’s Rights Programme will keep using elements of storytelling in various workshop spaces. We will be capturing the methodologies used and making these available on the stories.apc.org platform. 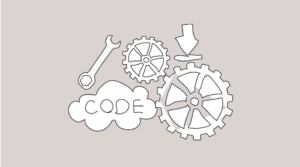 During 2017, APC increased its use of sustainable, open, non-commercial technology for its internal processes, including a new document repository through the self-hosted Nextcloud cloud system, a self-hosted secure pad for meeting documentation, the use of secure open source alternatives for meetings hosted by both APC and APC members, and sharing of data among the APC network using open standards and OpenPGP encryption.

Collaboration among APC members on technology development, data protection and online security was strengthened through, among others, involvement in a multi-partner initiative focused on building community-owned, privacy-respecting online infrastructure and services.

To watch out for: APC is planning to introduce more open source, secure and sustainable tools and services in the near future, and to share its experience with those who are interested. Specific plans for 2018 include an open source instant messaging and collaboration system and an online document editing platform, among others. 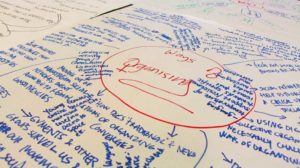 In 2017, APC trained over 130 human rights and women’s rights defenders, sexual rights activists, bloggers, journalists and teen girls to be safe online as a result of more than 13 training workshops organised by APC and its partners.

The Digital Security First Aid Kit for Human Rights Defenders, now in its second edition, was updated in 2016 and was used by our partners in 2017 to conduct digital security trainings in India, Pakistan and Malaysia as part of the Advocacy for Change through Technology in India, Malaysia and Pakistan (IMPACT) project.

As part of this same project, three digital security trainings were held in Malaysia and Pakistan: a training organised on 12 February 2017 for the Ismaili community in Hunza Valley, Pakistan, which was attended by 32 participants; a one-day security training for social workers from the Women’s Aid Organisation, held on 23 February 2017 in Kuala Lumpur, Malaysia, attended by 11 participants; and finally, a digital security workshop co-organised by APC and Access Now on 2-4 May 2017 in Malaysia for women’s human rights defenders, feminists, activists and media producers (bloggers, journalists and citizen reporters), which was attended by 12 participants.

A key strategy of the APC Women’s Rights Programme’s capacity-building approach is to build local and sustainable capacity and to respond to a growing demand for stronger and more integrated feminist capacity building. The FTX: Safety Reboot curriculum is slowly becoming a key tool in facilitating communities to share knowledge and values around representation and expression, and to build confidence and skills to be safe and effective in online spaces, and 2017 was a key year in this development. Collaboratively developed with feminist trainers in the field, the FTX: Safety Reboot curriculum has three modules to date, with five more planned for publication in 2018, framing digital security as an issue to build stronger and more resilient movements based on a wealth of experience and activities. The modules can be adapted, refined and localised for trainings in different contexts.

APC had various opportunities in 2017 to use and further develop modules during several workshops, including Safe Sister trainings in Kenya, workshops at the Gender and Technology Institute in Asia, and a workshop with 18 activists in Mexico City through the Centre for Digital Culture of the City, as well as through consultancies with Mama Cash, B-Change and the Urgent Action Fund. Learning activities from the FTX: Safety Reboot curriculum were also presented and tried out during the Creating Safe Online Spaces workshop at the Internet Freedom Festival 2017 in Valencia, Spain, in order to receive feedback from peer groups.

To watch out for: 2018 will see an FTX Convening which will focus on building a global network of trainers and facilitators familiar with the FTX: Safety Reboot approach and modules, able to adapt the curriculum to local contexts.

Image: Notes from the Making a Feminist Internet meeting in Malaysia in 2017 as captured by Fungai Machirori. 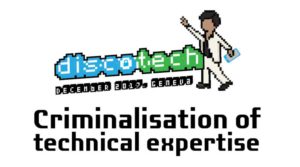 The fourth DiscoTech was held in Geneva, Switzerland, in December 2017. The event was co-hosted by APC along with ARTICLE 19, IFEX, Access Now, Greenhost and Aspiration. Eight speakers shared their experiences around the theme “criminalisation of technical expertise around the world” in an informal evening setting attended by 200 activists.

The theme was chosen to highlight the crackdown on the use of secure digital communications in many parts of the world where governments, including those of Australia and the United Kingdom, are threatening to legislate backdoors for law enforcement in encryption standards, which would substantially weaken security for everyone while increasing the likelihood of damaging attacks from hostile actors.

The event also provided an opportunity to increase the visibility of situations such as the arrest in Turkey of IT consultants for professionally imparting their skills and knowledge around technical matters to human rights defenders.

To watch out for: The fifth DiscoTech will take place during the 2018 IGF in Paris, France, under the theme “disability and accessibility to the internet”. Look out for more details! 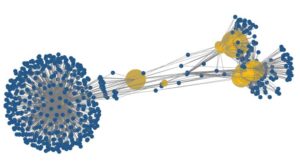 eQualit.ie has had a busy year, with continuing development of Deflect, their flagship distributed denial of service (DDoS) mitigation service, available free as always and now including multi-language localisation for greater global accessibility. Check out their new and improved website, which nicely simplifies the sign-up process.

Building on this, eQualit.ie has been actively at work on Deflect Labs, a powerful system of classification and analytics that identifies online attack patterns and timing, thereby increasing their cost and reducing the impunity of those who seek to silence voices online. CSOs, media and human rights organisations the world over are frequently targeted, stifling free expression, intimidating and systematically preventing information from being shared. Through Deflect Labs attack forensics and threat intelligence reports, eQualit.ie aims to make aggression against civil society websites more expensive and less effective, and to peel away attackers’ impunity by enabling attribution.

In parallel, they are building outreach and security training initiatives by working with partners in Ukraine and Colombia on establishing digital security schools, offering support and education to local journalists, activists and researchers. 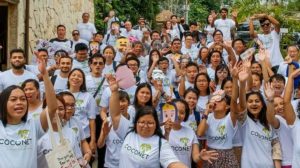 In October 2017, 105 journalists, artists, technologists, researchers and film-makers gathered in Yogyakarta, Indonesia, for COCONET: a Southeast Asia Digital Rights Camp. It was organised by EngageMedia, in collaboration with APC, the Southeast Asian Press Alliance (SEAPA) and a regional consortium. COCONET, named after the coconut plant that is widely grown and used in the Southeast Asian region, also means “Connecting Communities and Networks”. Participants converged from across Asia and beyond to share their knowledge, skills, tools, experiences and ideas about digital rights in a series of open-space workshops, labs and evening activities.

“The workshop is great! It has an abundance of expertise and experience from all around the region and the people have such high energy. So much information within them. I’ve learned so much.” – Ilang-Ilang Quijano of Altermidya

Inspired by the discussions and newly set up relationships at COCONET, participants created a thriving network for sharing opportunities and knowledge. These collaborations and the sense of community are needed now more than ever. Civil society actors find themselves in an online environment increasingly full of risks, and despite substantial efforts, these issues remain little known or appreciated amongst the general public. EngageMedia believes that the networks and relationships established at COCONET are essential to strengthening the digital rights movement, especially in Southeast Asia. 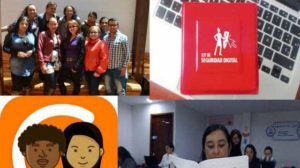 In 2017 Colnodo continued its efforts in building digital security skills through training aimed at journalists, activists, ICT centre facilitators and women. Hands-on workshops were organised and teaching materials were developed to promote safe online practices and raise awareness of the resources and tools available to mitigate digital risks. These experiences served as the foundations for the implementation of the Digital Security School in Colombia, in partnership with Canadian APC member organisation eQualit.ie, and the development of a digital security kit based on a kit designed by Derechos Digitales, another APC member.

Colnodo has developed innovative content to build knowledge among various sectors of the population, including women, entrepreneurs and librarians, among others, through online courses and mobile apps for Android and iOS. An app developed in partnership with the Norwegian Refugee Council, “Protection Tips at Your Fingertips”, is aimed at mitigating the vulnerability of social movement leaders in Colombia. In addition, as a way to facilitate access to knowledge for the unconnected or barely connected sectors of the population, Colnodo has developed versions of this online content that are accessible offline.

Meanwhile, 2,000 women entrepreneurs from 18 cities and municipalities across the country, including Bogotá and Medellín, were trained through the “Ella Aprende, Ella Emprende” programme, an initiative supported by Facebook which seeks to enhance the online presence and digital marketing skills of small enterprises headed by women.